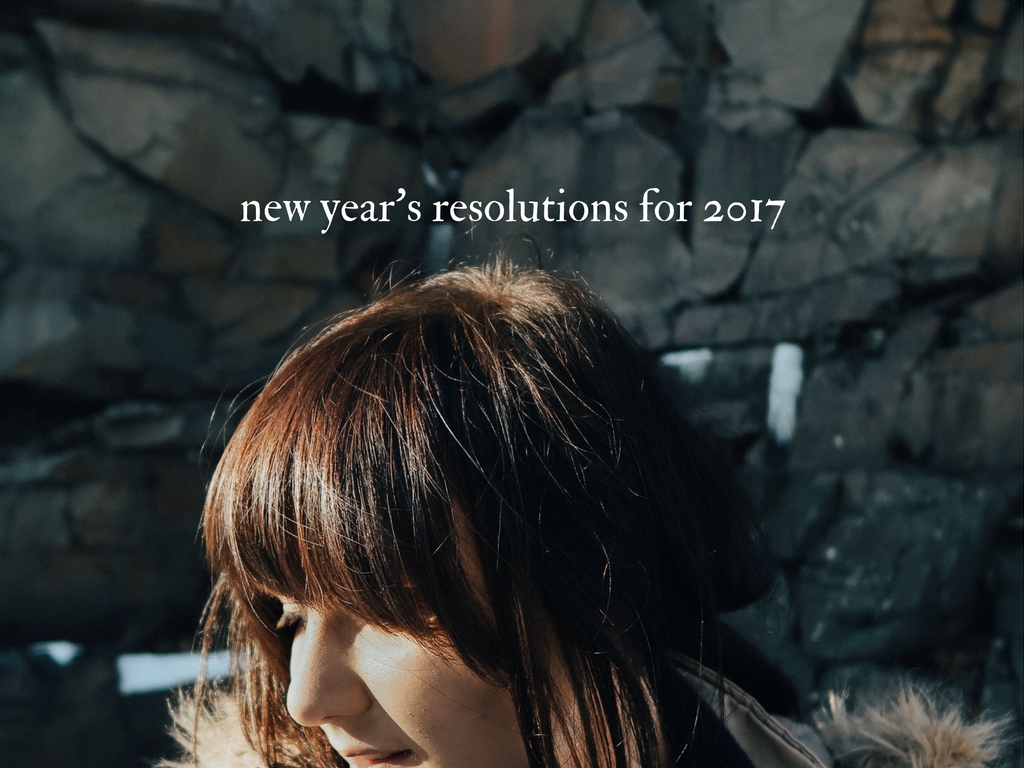 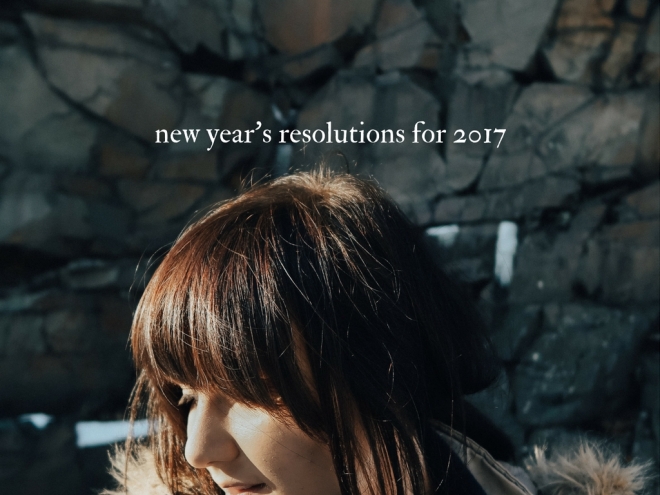 Can someone write my New Year’s Resolutions for me this year?

I’m serious, though. My mind is as empty as 2017 right now. I think resolutions used to be easy because I thought I knew what the year would bring.

But after witnessing 21 years bringing me 21 different directions, I’ve accepted the fact that God will be both faithful and unexpected. (And that predicting the future will never be one of my gifts). My plans for the future are only as exciting as the new planner I buy at Target. While God has already written me into a New York Times Bestselling novel and I’m here on Earth living out the movie version.

So even though I haven’t seen this year’s trailer, I trust that 2017 is going to be the best sequel yet.

I’m at the point where I am ready (mostly) to let Jesus have control of my life because he knows the script and I keep forgetting my lines.

After the way he orchestrated my life together in 2016, I’m standing up in my seat, putting my hands together, and cheering for an encore. I want Jesus to direct this year.

That’s one thing I know for sure.

Telling myself to ‘shut up’ might sound harsh, but it’s not nearly as destructive as the other words I torment myself with.

Many of you know I’ve struggled with an eating disorder. Eating disorders are mental disorders, which is accurate because I truly felt like I was going mental. But you don’t need to have an illness to feel like you are going crazy. We feel that way when we listen to the words of the enemy:

The only words I want to listen to in 2017 are the words of God.

The only problem is I don’t know what to do, just that I want to do something. In my Bible study at college, we’ve been studying James—a book centered around doing.

“But don’t just listen to God’s word. You must do what it says. Otherwise, you are only fooling yourselves.” James 1:22

This ties into my last resolution. After I listen, I want to do! I see now how listening to the wrong words leads to doing the wrong things. So if I am going to do something, I don’t just want it to be the right thing; I want it to be the thing God wants me to do. And I guess that comes by putting him first, giving him the pen, letting him be the director.

I think I can do that.

This list is simple, but maybe that’s okay. Maybe these resolutions will be ones I’ll remember to keep.

So Happy New Year, my friends! I can’t wait to be a part of God’s story together. It’s gonna be a page-turner.

“She holds onto the hope for God is forever faithful.” 1 Corinthians 1:9

❕This is SNOW joke❕
he thought i would like these flowers :’) text this to your person and see what they draw !!
the most wonderful time of the year 🏈☕️
us in the fall 🍂🐭🐻
in all seriousness, she got me through a lot!! hahahahaha it might look okay but it was $49 and plastic 🫢
Happy 27th birthday to my teddy graham !!🧸

other things i think.